FAKENews alert: the one about Venezuela's assets abroad

The Wall Street Journal, an eminently financial publication, printed today -without disclaimer- a spectacularly fake claim: "As much as $100 billion in Venezuelan money and property is up for grabs, including Houston-based oil-refining company Citgo Petroleum Corp., gold bullion housed in the Bank of England, bank accounts in New York and real estate and aircraft in South Florida..." The WSJ called on Javier Troconis (?), a completely unknown mouthpiece of Juan Guaido, who came up with the figure. Also featured in the article are comments from Jose Ignacio Hernandez (Francisco Morillo's expert witness) and erstwhile Guaido Prosecutor, and Francisco Rodriguez, well known for his stint in Torino Capital flogging Venezuela debt and closeness to presidential wannabe Henri Falcon. In all honesty, the WSJ should know better than to take Venezuela's opposition at face value.

The business of "recovering Venezuelan assets held abroad" has got Leopoldo Lopez and his mates licking their chops. Jose Ignacio Hernandez was appointed to stop creditors from seizing whatever's left. In that, he was going to be assisted, presumably, by Juan Carlos Gutierrez, a human rights lawyer retained by Lopez. Now, we learn that Troconis is Guaido's commissioner to spearhead the efforts. Other than sheer nepotism and corruption, no one knows on the basis of which track record were these people appointed and chosen for the task. It is also safe to say that Venezuela's opposition, thanks to USG moves to freeze and recover sovereign funds, has never had it better.

This site will put forward one hypothesis: Lopez, Guaido & co are purposefully overestimating amount of Venezuela assets held abroad to cloack legalisation of corruption proceeds and money laundering on a massive scale, that is, on a multi billion dollar scale.

Lopez is the power behind Juan Guaido's "presidency". Lopez is also the favourite in USG's foreign policy-defining circles. When it became evident that Nicolas Maduro was not going to leave simply by repeating the "cese de la usurpación" mantra, Lopez started negotiating with Raul Gorrin, Maikel Moreno and Vladimir Padrino the ousting of Maduro. This was sanctioned by the very same geniouses behind the Trump's administration policy of ridding Venezuela of the chavista pest. While this was happening, Guaido's brother, and father, were being feted and dined in Spain by Alejandro Betancourt, who would eventually hire Rudy Giuliani to lobby Trump's AG Bill Barr given his "support" for the cause of Guaido. On April 30 2019, when Guaido and Lopez staged their attempt, Betancourt was on his N717FM jet, on his way to "liberate" Venezuela, as he had been promised complete freedom from prosecution should the "coup" succeed.

Lopez knows a thing or two about mega corruption. As Francisco Toro once said, his stench of Cisneros money is quite unbearable and has followed him his entire political career. Lopez's dealings with Gorrin, Moreno, Padrino, etc., however, is the best exhibit yet that, when it comes to his presidential aspirations, he is prepared to cut deals with anybody, at whatever cost, even that of squandering the best chance Venezuela's opposition has had in 20 years of kicking chavismo out. Allowing his pupet Guaido to even humour Betancourt confirms the man's true disposition towards the kind of corruption that has destroyed Venezuela.

The $100 billion worth of assets allegedly owned by Venezuela are, quite simply, not there. CITGO, Nynas, tankers, real estate, bank accounts, gold in England... that doesn't get to half what the "experts" consulted by the WSJ are estimating. If, however, we were to add bonds held by Betancourt and his ilk, real estate and cash in bank accounts, planes, yatchs, banks, stocks, investments, art, etc., then the $100 billion figure might get closer. So what better than offering immunity to utterly corrupt thugs that have pushed the country to a humanitarian crisis in exchange for a cut, a fee, that so typically Venezuelan way of doing things known as a commission, to bring back some of the stolen funds and guarantee temporal subservience? What better jurisdiction to launder money than Venezuela, with bankers like Juan Carlos Escotet, Victor Vargas, the Gill brothers, David Osio, etc.? Mind you, they've done it with absolute ease and impunity overseas. Who can entertain the thought that those beholden to such interests are going to be prosecuted for corruption IN Venezuela?

Immunity in Venezuela makes exceedingly difficult for law enforcement in other jurisdictions to bring criminal  cases, Betancourt perhaps being the poster boy for it. A Lopez-controlled government, with prosecutors such as Jose Ignacio Hernandez, means thugs like Francisco Morillo or Betancourt will never pay for what they've done. It would be but a continuation of the most absolute lack of accountability, as with chavismo. Hypothetically speaking, in a Guaido administration Gorrin would have nothing to fear.

It will be difficult for the Biden administration to resist advances of clearing the likes of Gorrin of wrongdoing, when Biden's "Venezuela advisor" is Leopoldo Martinez, an employee of "banker" David Osio. So Venezuela stands to go from Trump's fellow travellers, read Gorrin, to Biden's, read Osio. We are, therefore, truly fucked. A real shame that the WSJ wouldn't pick on this... 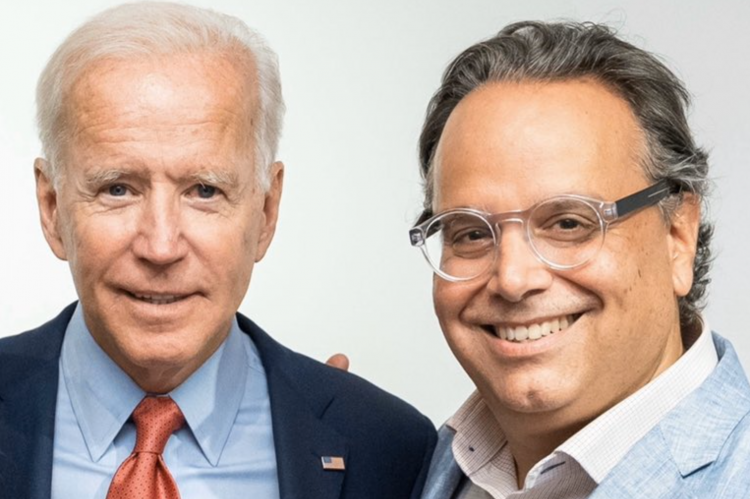