Further to news reported by Miami Herald today, about involvement of Alejandro Betancourt in Operation Money Flight and how the loot was divided among cartel members, sources have told this site that the U.S. Department of Justice allegedly leaked detailed information, seeking to force Betancourt out of his "I'm Venezuela's Steve Jobs" delusion and get him to cut a deal. High officials of the Trump administration, speaking on condition of anonimity, confirmed to this site that Betancourt has been a person of interest for quite some time.

DoJ's Michael Nadler, conducting criminal probes into Venezuelan corruption, is sitting on a mountain of evidence linking Betancourt, and already indicted partner Francisco Convit, with vast money laudering schemes centered at PDVSA. Sealed indictments are waiting at the ready, according to people familiar with ongoing investigations. Pedro Binaggia, a key collaborator in the probe, was also involved in a previous $4+ billion scheme (2012), involving same set of characters. Betancourt's role was instrumental in both cases to get Rafael Ramirez's approval. Brothers Ignacio and Luis Oberto Anselmi are said to be collaborating with Nadler's probe into the $4+ billion deal. Crucially, Charles Henry de Beaumont, a Compagnie Bancaire Helvetique banker at the core of much of this corruption, has also been tapped by investigating DoJ prosecutors.

In Venezuela's corruption leagues, Betancourt is a better catch than either the Oberto brothers, or Matthias Krull. Betancourt, more than either his cousin and associate Pedro Trebbau, or Francisco Convit, seems to be the chief orchestrator of much of Derwick Associates' corruption. It was Betancourt -through Nervis Villalobos' longtime relation with Rafael Ramirez- who got the $4 billion plus deal for the Oberto brothers. In fact, this site has reported how EFG Bank internal documents show that just the first billion-dollar tranche received from PDVSA by the Obertos resulted in transfers totalling $100 million to accounts controlled by Betancourt and Convit. Operation Money Flight was a $1.2 billion encore, less than a third of first scheme.

While these money laundering schemes were taking place, Betancourt established a partnership with Gazprom's Boris Ivanov, and got into a joint venture with PDVSA called Petrozamora. Internal emails from Petrozamora leaked to this site show Vladimir Anisimov, former Deputy Head of Internal Affairs at FSB, as an associate. The originator of said emails is Orlando Alvarado, CFO of Derwick and conspirator no 4 in Operation Money Flight.

In addition to Money Flight, Betancourt is believed to be associated with Maikel Moreno and Raul Gorrin in a yet-to-start joint venture with PDVSA, called Petrosur. In that one, Betancourt's partners are former executives from Spain's REPSOL.

Betancourt knows exactly where Rafael Ramirez is, as he was personally involved in setting up a meeting between Ramirez and Erik Prince, when Prince was pitching to different parties his plan for regime change in Venezuela earlier this year.

Betancourt is also privy to Juan Guaidó's innermost plans and strategies, as he has fetted and entertained Guaido's brother in his Spanish castle near Madrid. Sources have informed this site that Guaidó has offered amnesty to Betancourt, in exchange for financial support.

Betancourt has exposure in probes in Venezuela, Spain, Portugal, Andorra, Malta, Switzerland, and the U.S. This site has chronicled and catalogued, like no other, Betancourt's criminal activities around the world, which in addition to misappropriation of billions of dollars, include almost certain involvement in breaking and entering, theft, illegal surveillance, and threats of sexual abuse to minors.

Sources have informed this site that Betancourt, who travels on either his Italian or (multiple) Venezuelan passports, keeps a residence and spends considerable time in London. The UK is another jurisdiction where Betancourt is involved in criminal activity.

It's going to be interesting to see how Betancourt, who loves to threaten, sue and silence journalists and media, deals with the Miami Herald piece. Relatives of his -likely assisting in money laundering- grouped in Stambul LLC, are currently suing one of Venezuela's best investigative journalist in Miami, due to an expose into their dodgy affairs.

If it gets Betancourt, the DoJ could very well disrupt an international criminal gang that includes corrupt Russian, Spanish, American, and Venezuelan actors. The question is: why has it not done it already? While Betancourt is no Raul Gorrin, in the sense of ascendancy over current chavista establishment, he navigates like very few internal Venezuelan politics, Russian interests -both commercial and political-, Spanish powerful circles, sophisticated international finance, and the very best U.S. legal, political, media and PR circles for hire. Remember: Al Cardenas, Hans Hertell, Fusion GPS and Adam Kaufmann have all been on Betancourt's dime. 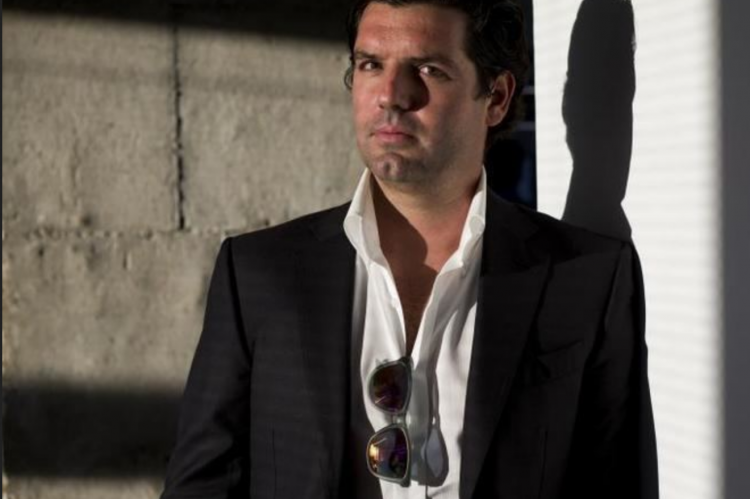