The whole series of investigations of a criminal clan otherwise known as Derwick Associates, that I started back in 2012, was triggered by a court case. I admit it surprised me that the epitome of Bolichico class would be so brazen, and deluded, to think it could silence perceived enemies by launching frivolous civil lawsuits in U.S. courts. I am referring, of course, to the case that Derwick Associates initiated in New York against Banco Venezolano de Crédito and Oscar García Mendoza, then withdrew from that jurisdiction and relaunched in Florida. Derwick was laughed out of court, though I just found that people connected to them are at it again.

I have learned about a case in Florida (STAMBUL, LLC VS MIGUEL A CONTRERAS ET AL, 2019-008383-CA-01), in which Alejandro Betancourt's political family (Stambul LLC) is suing Fiorella Perfetto (Contreras et al), an investigative journalist from Venezuela now residing in Miami. I became aware of Fiorella's exceptional work some time ago, when an investigative piece into Derwick's farcical turbine centre was published (since deleted) in Caraota Digital. Fiorella also did phenomenal work about Raul Gorrín, another notorious Venezuelan thug, sanctioned by U.S. Treasury, indicted, charged and under minute criminal investigation by U.S. Justice.

More recently she posted an investigative report into a network of companies involved in multimillion-dollar real estate acquisition and development in Florida created by Daniel Peña Giraldi, head of Stambul LLC. Peña Giraldi is married to a cousin of Andreina Rojas, wife in turn of Derwick's Alejandro Betancourt. Elsewhere, Peña Giraldi claims that "as the principal and owner of Stambul LLC, and its affiliates, has purchased and developed commercial real estate currently valued at over $250 million." Own money, allegedly.

The sudden wave of investments of Stambul LLC seems to coincide with the coming of age of Betancourt as a "successful businessman", thanks to completely corrupt, no-bid procurement contracts granted by chavismo.

Next chapter in the saga is the civil lawsuit by Stambul LLC lawyers against Fiorella in Miami. It is remarkably similar to the one Derwick Associates filed, and lost, against Banco Venezolano de Crédito and Oscar García Mendoza. There's been a few civil lawsuits involving Derwick Associates over the last few years in U.S. courts. Perhaps the favourite argument of Derwick's lawyers is that of lack of jurisdiction of U.S. courts over their affairs, given that their "business activities" are based and concentrated almost exclusively in Venezuela. However Stambul LLC is different, it has invested millions of dollars in the U.S. and is now trying to silence investigative reports into its activities by Fiorella, who is residing legally in the U.S.

Since I saved and republished Fiorella's investigation into Stambul, and this seem to be bothering Stambul's lawyers, Fiorella reached out asking me to remove her work owing to an injunction. An injunction, on what exactly: public records about Stambul LLC? Connections between Stambul LLC associated folk and Argentina's Cristina K and Lazaro Baez mega corruption scandal? Real estate acquisitions and developments in Miami that seemingly coincide with Betancourt's "success"? It's official records, all of it in the public domain, but only deranged bolichicos can expect to have such information hidden from view.

Betancourt's lawyers love to argue about lack of jurisdiction, and this is just one example. Civil lawsuits can be won or lost on such reasoning. Criminal probes, however, are a different matter, and in that Derwick Associates are deep into so much trouble that their preposterous jurisdictional line becomes moot. Exhibit 1 of that is, of course, Francisco Convit, partner of Alejandro Betancourt in all manner of corruption, indicted, charged and declared a fugitive in a criminal investigation related to a multibillion-dollar money laundering scheme. Betancourt is not far removed in that particular scheme: he was, as a matter or fact, party to that -and other- schemes that deprived PDVSA of billions. This site has published evidence of a direct and incontrovertible connection between Convit and Betancourt and such schemes. Said information is in the hands of law enforcement and prosecutors offices in different jurisdictions, including the U.S.

Therefore, given family links, who is to say that Stambul LLC's U.S. expansion has not been funded with some of Venezuela's public funds stolen by Derwick? Throughout the years, especially when it comes to Venezuelan "businessmen", I have learned that more attention almost invariably leads to more evidence of corruption. Derwick has a tremendous record with respect to censoring investigative reporting into its corruption. They tried it on Miguel Octavio, Tobby Bottome, Steven Bodzin, Cesar Batiz, on the Wall Street Journal... to silence this site, they sent thugs to break into my flat, steal my laptops, and threatened to abuse my children. Derwick is in bed with Russia's FSB thugs, and has had in its employ the likes of Fusion GPS, so they've learned a thing or two about silencing critics and deviating attention from their dodgy deals. 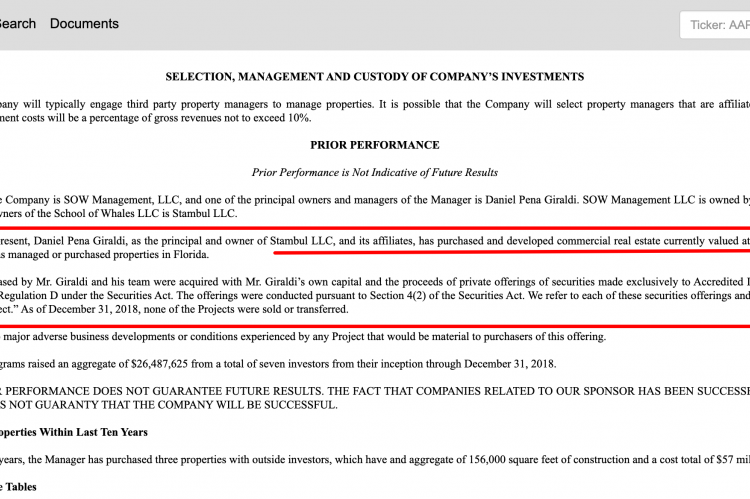