Check this out, from the U.S. Department of Justice: "Vitol Inc. (Vitol), the U.S. affiliate of the Vitol group of companies, which together form one of the largest energy trading firms in the world, has agreed to pay a combined $135 million to resolve the Justice Department’s investigation into violations of the Foreign Corrupt Practices Act (FCPA) and to resolve a parallel investigation in Brazil."

That "has agreed" is just lovely, isn't it? "Has agreed"... The "has agreed", in plain English, can quite probably be explained as DoJ showing Vitol piles of evidence of its rampant corruption in Brazil, Ecuador and Mexico, which if presented in criminal proceedings would be extremely damaging and reveal Vitol's business model (out corrupt the competition). Vitol's honchos must've thought that $135 million is, actually, a very cheap and elegant way to get out dodge, without a criminal record, to carry on "trading" the third world's resources. Sadly, and inexplicably, Vitol's deals with PDVSA continue to elude DoJ.

Not long ago, we posted the following re Vitol's "business" in Venezuela:

"When will the penny drop? When will authorities realize that the same execs, traders and companies involved in Petrobras' corruption have a much larger criminal footprint with PDVSA? Is it not sufficiently clear by now that Antonio Maarraoui, Vitol's head for Latin America, was by virtue of its job title also dealing with PDVSA? Maarraoui is, in fact, a defendant in a lawsuit brought by PDVSA against the same set of companies being probed in Brazil. How about Vitol's activities in Venezuela then, will those be investigated by the FBI?"

This site also posted "Corruption of Vitol, Glencore, Trafigura at PDVSA dwarfs all others":

"Ian Taylor did it in Brazil, and he also did it in Venezuela. Vitol's Tony Maarraoui did a phenomenal amount of deals with PDVSA, thanks to a set up organised by Helsinge's Francisco Morillo that allowed real-time access to PDVSA's calls and bids."

We fail to understand how DoJ is bringing minor FCPA cases -comparatively speaking- and missing the largest corruption case in the hemisphere, one that easily engulfs all others COMBINED! DoJ can have immediate access to a probe involving Vitol in Geneva, where PDVSA presented a criminal case. Over $40 billion worth of business was done between Swiss trading houses and PDVSA through Helsinge, a three man operation that managed to get real-time access -for over a decade- to PDVSA's trading servers. 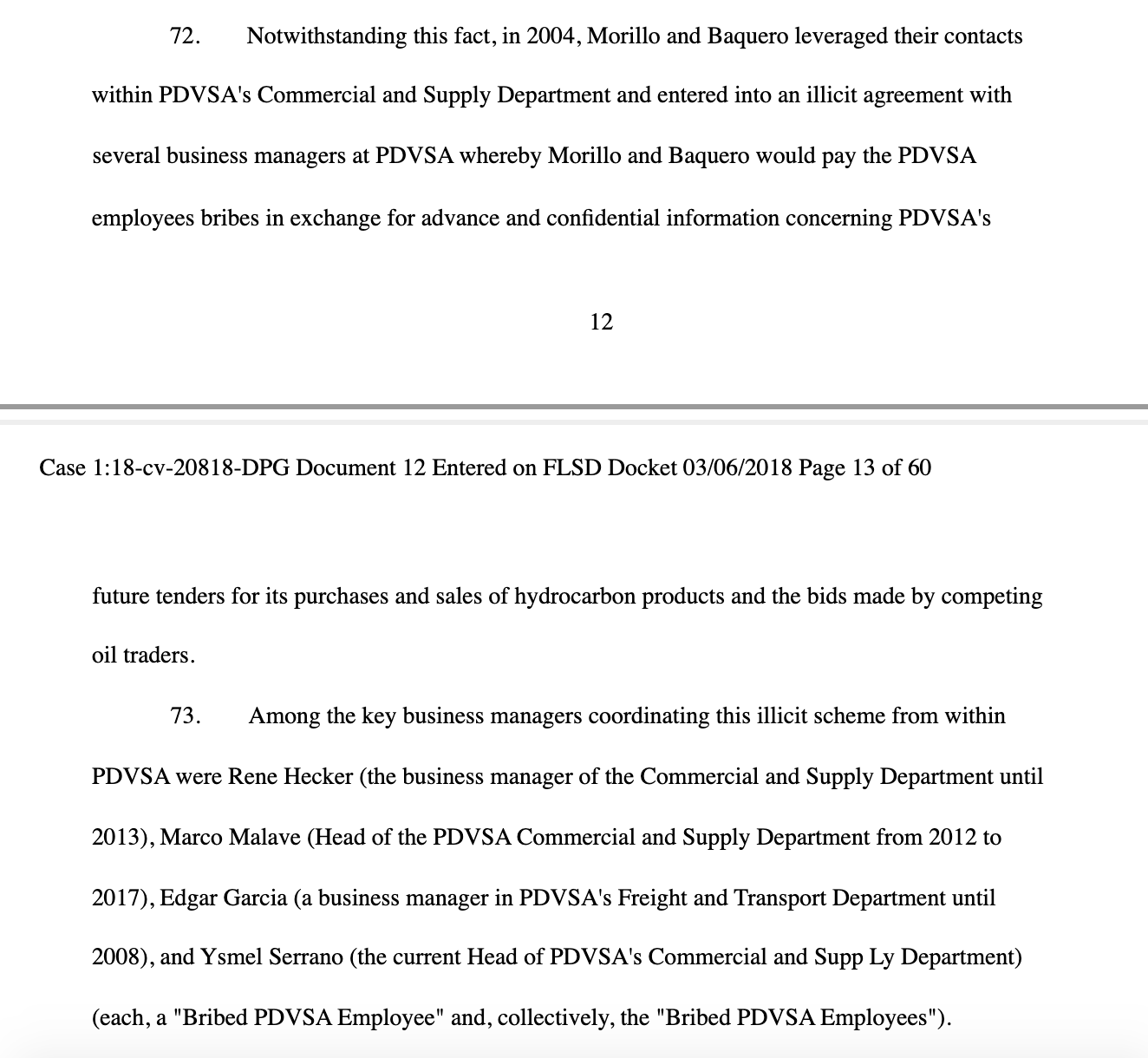 For over a decade, Helsinge's partners (Vitol, Glencore, Trafigura, Lukoil et al) won bid after bid, and basically monopolised all of PDVSA's trading operations. Over a decade folks. And this is PDVSA we are talking, by far the largest energy conglomerate in LatAm for a long time. So, if corrupt deals with Petrobras, Pemex and Petroecuador causes -just Vitol- to agree to a $135 million deferred prosecution deal, how much could DoJ extract from Vitol, Glencore, Trafigura, Lukoil et al on over $40 billion worth of corrupt deals done with PDVSA?

Maarraoui, Vitol's head for Latin America, was one of Helsinge's main customers. Maarraoui surely paid many bribes to get such deals, which Helsinge redistributed to appropriate officials. Crucially, Maarraoui / Vitol have been found in breach of FCPA for paying bribes to Petrobras officials. How come their deals with Helsinge and PDVSA are being ignored by DoJ?

DoJ seems to be lost on Venezuela's myriad corruption scandals. The one involving Vitol and co just being one of them. 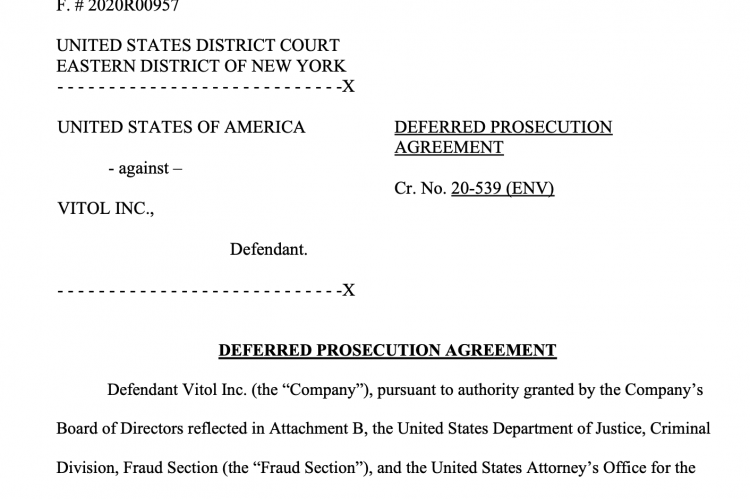