Italy must prosecute Rafael Ramirez and his black money

In certain quarters, Italy’s Guardia di Finanza is believed to be one of the world’s foremost law enforcement bodies when it comes to prosecute financial crimes. It might have to do with being Italy’s oldest police force. In any case, Italy has become an important destination for a post modern sort of Mafia: Chavismo, one of the most powerful transnational criminal groups ever to emerge. PDVSA, the State owned energy giant from Venezuela, was managed by Rafael Ramirez for approximately 12 years (2002 – 2014). For most of that time, Ramirez was concurrent Minister of Energy and Petroleum of Venezuela. In practical terms this meant that Ramirez the Minister had ultimate oversight over management actions of Ramirez the PDVSA CEO. This absurd arrangement was ordered directly by Hugo Chavez, and was critical in guaranteeing chavismo’s power grip. Unrestricted and unaccountable access to PDVSA’s vast and unending income is what made chavismo unbeatable.

For over a decade, Ramirez only had to answer to Chavez, and in that decade Ramirez made sure to create plenty of opportunities for family and friends to plunder PDVSA to no end. His political family, and wife are of Italian extraction and Italian citizens. Beatrice Sanso de Ramirez (wife), Baldo Sanso (brother in law), and Hildegard Rondon de Sanso (mother in law), all played important roles in Ramirez criminal gang. Beatrice and Hildegard were hired early on by Ramirez, and given roles as PDVSA’s legal counsel. Baldo was an off-the-books sort of consigliere that acted as a go-between international energy corporations pursuing business in Venezuela and Ramirez’s executive office at PDVSA. While Baldo was cooking all manner of multibillion dollar deals with oil giants, sister and mamma provided legal counsel and Ramirez, ultimately, approved what he wanted.

In the beginnings, Ramirez used to approach people he considered useful for his corrupt purposes and provide, in broad strokes, a vision of the road ahead: “I want us to do things together”, he would say, “us” meaning PDVSA. According to sources that were approached by Ramirez, Baldo would follow up, with more mundane admin stuff, such as who would get what percentage. An example of this is provided by Rory Carroll in the book “Comandante”, where during an interview Baldo claimed that international corporations were lining up and paying $2 million just to meet with him.

But we have better than just circumstantial evidence. Diego Salazar is Ramirez’s first cousin. As with Baldo, Ramirez forced Diego’s intermediation in deals with international companies doing deals with PDVSA, such that Diego would get commissions out of every deal done with PDVSA. Insurance companies were the initial victims of this scam. Without a track record worthy of mention, Diego quickly became PDVSA’s go-to person for all insurance deals. Criminal investigations in Andorra (Banca Privada d’Andorra - BPA) determined Diego’s central role in a vast corruption network involving Chinese companies. Hundreds of millions of dollars were paid to Diego’s shells, many of which created for the specific purpose by a subsidiary of BPA. We have all the underlying evidence.

If the crime had stayed within the confines of Venezuela and Andorra that would not be an issue for Italy’s authorities. But Diego, as Baldo, as Beatrice, and Hildegard, have spent some of the stolen proceeds in Italy. Money laundering experts created a veritable international maze of shell companies for Diego. One such company was Wilona Global SA, a Mossack Fonseca Panamanian shell. Wilona in turn was the first shareholder of Finvestim SA, a Luxembourg-registered shell. Finvestim held majority of shares in Societa Agricola Belladonna S.R.L., an Italian company that owns a property situated at Via della Marcigliana n. 532 - 00139 Roma. The property has undergone recent refurbishment and is now trading under BoMa Country House.

Nervis Villalobos is another of Ramirez most-trusted lieutenants. Similar to Diego, and Baldo before him, Nervis was contracted by Derwick Associates to drum up business with PDVSA. Nervis was very successful in generating deals for Derwick, so much so, that Ramirez would personally approve a $4.5 billion money laundering deal pitched by Nervis on behalf of Derwick, one of the largest ever even in a country as corrupt as Venezuela.

Again, this would not be Italy’s problem were it not for three very clear connections. The first, of course, being Italian national Alejandro Betancourt (aka Leopoldo Alejandro Betancourt Lopez), founder and head of Derwick Associates criminal gang. The second was the seizing, by Guardia di Finanza, of €800.000 from Patricia De Ferrando Zilio, mother in law of none other than Francisco Convit, Derwick Associates no 2. Convit is a fugitive of America’s Department of Justice, wanted in connection with a $1,2 billion money laundering scheme connected to Ramirez. And the third, no less important, is the €2,5 million apartment bought in March 2012 by Nervis in Via dei Monti Parioli 38 in Rome where Ramirez lives according to our sources. All funds related to Derwick and Nervis, down to the last cent, are proceeds of corruption. Ditto everything Ramirez and his family have in Italy.

We can provide more, yet to be reported in mainstream media, examples of funds misappropriated in Venezuela being laundered in Italy -through real estate acquisition in Torino- by proxies or fugitive Alejandro Isturiz Chiesa, wanted by DoJ in connection to bribery scheme involving multi billion dollar procurement related to BARIVEN, a PDVSA subsidiary. Or we could just point at Alex Saab, without question Nicolas Maduro’s most important and trusted fixer, arrested in Cape Verde on an international warrant and waiting on extradition to the U.S., whose property and funds were seized in Italy, and whose lover and associate were the subject of judicial actions by Judge Francesca Ciranna in October 2019.

There seems to be a concerted effort, according to our sources, of many chavista clans moving operations to Italy. Italian authorities, we believe, should be actively pursuing criminal activity of chavistas within its jurisdiction. The first person they should summon is Rafael Ramirez, the architect of the largest corruption scandal of the 21st century, who lives in Italy completely undisturbed. His lieutenant Baldo should also be called to answer for what he’s done. Their property, funds, investments and business have all been financed with public Venezuelan money. The loot perpetrated by Ramirez and co has caused the largest humanitarian crisis in the American continent. More than 5 million Venezuelans have left the country as a result. It is, therefore, unconscionable that the creators of this disaster can live the dolce vitta in broad daylight. 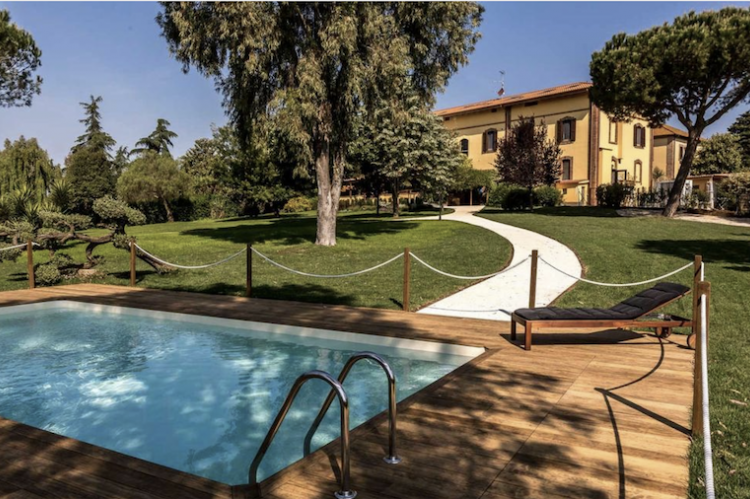