This site has analysed the ruling, dated 19 Jan. Helsinge's Yanira Marcano (who our sources have as a Miami resident) tried to challenge PDVSA's choice of counsel (Guerric Canonica), while arguments from a lawyer picked by Juan Guaido's (Jean-Pierre Jacquemoud) to replace Canonica and assume PDVSA's representation were also considered. Helsinge, read Francisco Morillo, wants to have the case dismissed by arguing: a) that PDVSA's claim, as presented by Canonica, lacks validity; b) that Canonica should not be given access to case files. Guaido's advocat argues PDVSA's ad hoc board, which did not file claim and it does not control PDVSA, is the one Tribunal ought to take as PDVSA's legitimate representative.

The case was initially filed by PDVSA on 9 February 2018. It accused Helsinge of running, since 2004, a bribe payment scheme that allowed the company remote, real-time access to PDVSA's tenders servers. This allowed Morillo to know, with precision, the "gold number", that is the price at which every bid / call could be won. As we wrote last December:

"Morillo's company Helsinge was the source of PDVSA's "gold number". Helsinge furnished not only Vitol, but Glencore, Trafigura, Lukoil and others with "exactly the price" that would win. For over a decade, Helsinge's clients won bid after bid, over $40 billion worth in fact, thanks to Morillo's bribe payments scheme that kept PDVSA officials wilfully ignoring real-time access to PDVSA commercial tenders' servers." [bold added]

The ruling provides fascinating details of parties involved, now including Luisa Ortega Diaz. In email dated 29 May 2019, Ortega Diaz demanded from Geneva's Prosecutor Olivier Jornot to refuse to recognise PDVSA's claim, as well as all acts from its representatives. Ortega Diaz's demands were rejected. Ortega Diaz role as Venezuela's Attorney General terminated in early August 2017. She, however, seems to be Guaido's "acting Attorney General".

On 26 March 2019, PDVSA had informed Swiss prosecutors that Rocio Goitia had been designated as legal counsel, and that all previous decisions with respect to legal claim and choice of Swiss representative were still valid and legitimate.

The Penal Chamber then rejected (3 July 2020) Jacquemoud's appeal regarding 2 June decision, which the ruling states he made on his own name ("en son nom propre"). Equally, Jacquemoud's request to the court to force Canonica to return a USB pendrive that contained case files was rejected.

Morillo has put a tremendous amount of work within the Guaido camp. He got Henry Ramos Allup to impose on Guaido designation of his former counsel, Jose Ignacio Hernandez, as Venezuela's Chief Counsel. Morillo's entire defence rests on a statute passed by Guaido that allowed him to designate officials ad hoc. Guaido did appoint a PDVSA ad hoc board. However, unlike CITGO, which is a U.S.-based concern, PDVSA is located in Venezuela and is under Maduro's firm control. Guaido's appointees have zero power in the running of PDVSA. That is Guaido's designated PDVSA board cannot appoint counsel that would replace, in Swiss proceedings, the one chosen by Maduro & co.

The ruling reiterates that Switzerland does not recognise Guaido. This site requested comment in this regard to Guaido's former "ambassador" in Geneva, Maria Alejandra Aristiguieta, who said at the time that Switzerland recognised Venezuela's Congress, and therefore Prosecutor Jornot had to recognise its acts. This site also requested Aristigueta information on selection of Jacquemoud, who according to the ruling is now acting in own capacity (?). She refused to elaborate. Fortunately, the ruling puts the matter of Jacquemoud's appointment to rest: it was PDVSA's ad hoc board, along with Hernandez, who designated him on 7 Nov 2019.

Request for comment put to Hernandez were just as misleading. Unlike ruling's recount of representations ("...auquel incomberait, avec le Procureur général spécial, la représentation de PDVSA en matière judiciaire à l'étranger..."), Hernandez claimed he had recused himself from the case, and that he had no power to appoint PDVSA's legal representation in Switzerland, for that could only be done by Venezuela's Attorney General. Guaido does not control Venezuela's Attorney General, nor has he appointed an "interim" one.

Morillo, and Guaido, would like to gain control of the case by challenging -on retroactive statute grounds- PDVSA's power to present legal claims, by dismissing Canonica, and by imposing Jacquemoud. Potentially, the case should have a very lucrative end, when Glencore, Trafigura, Vitol et al are found to have taken active part with Helsinge in a vast bribe payment scheme that, lasting over a decade, generated over $40 billion worth of business from PDVSA. Switzerland's courts, however, have rejected every single demand / appeal presented to date by Morillo and his stooges.

The Swiss Tribunal goes further, and lays out the legal reasons why it does not recognise Guaido's "interim administration", despite Allan Brewer Carias' constitutional arguments. It argues that Switzerland's long held practice of recognising States in its international relations, rather than governments, establishes legality for rejection of Guaido's demands. It goes on to say that despite sanctions imposed against the Maduro regime, copied from European directives in that regard, it still recognises whoever holds executive power (Maduro) when it comes to institutions controlled by said executive (PDVSA) filing disputes in Swiss courts. On this point, Switzerland Federal Tribunal refusal to recognise Guaido echoes a similar ruling in the UK regarding a gold dispute.

As Fedele Mendicino reported, Swiss justice has "fait son choix": Guaido has no power in Venezuela. He never had it. It is refreshing to see Switzerland's judiciary seeing through Morillo's BS of "affairistes peu scrupuleux", that is businessmen without scruples. It is a fact that the Swiss case was built with assistance of his nemesis Wilmer Ruperti, though it is no less factual that Morillo's corruption is on another level. It is a fact that appointment of Reinaldo Muñoz Pedroza as Chief Counsel did not adhere to legal guidelines, but exactly the same can be said of designation of Jose Ignacio Hernandez by Guaido (Ramos Allup). All sorts of questions can and should be made about Maduro's designations vis-a-vis PDVSA. How about those of Guaido, or rather, how about designations of Leopoldo Lopez?

When this site started reporting this issue, we said there isn't a single honest broker here. We exposed legally  untenable positions. This site has been proved right, time and again, both by Switzerland's courts and by Florida's, which dismissed David Boies' ridiculous civil claim on behalf of PDVSA US Litigation Trust. Boies is a thug, and so are Morillo and his Glencore, Trafigura, Vitol, PDVSA partners. 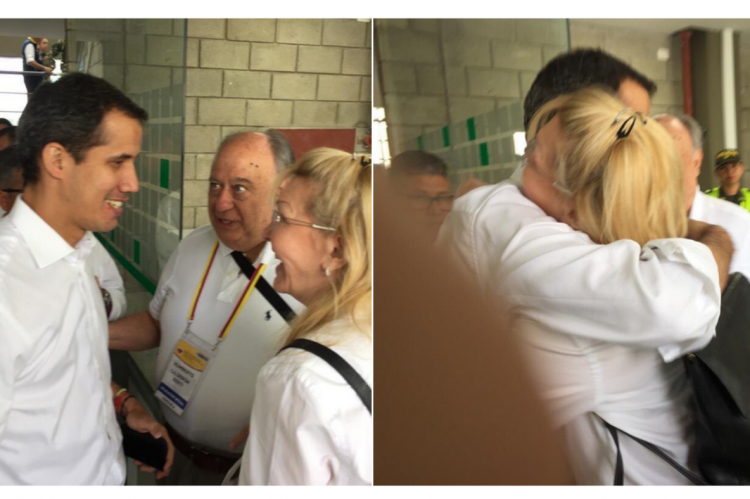