The first email from nicolasmaduromoro@protonmail.com (aka Francisco Morillo, CEO of Helsinge) came in June 2018. This article about Wilmer Ruperti's corrupt deals prompted Morillo to reach out and claim: "you seem to be well informed, and doing good investigative work... but you need this missing piece." The "missing piece" was a prior post, about Ruperti's legal battles with the Sargeant family. Morillo, who started his "business" career as Ruperti's understudy, found "funny" that the Sargeants weren't chasing Ruperti for full amount of a "settlement" he had negotiated with PDVSA ($260.000.000), but only for $167,000,000. According to Morillo, some kind of a secret deal must have existed between Ruperti and the Sargeants. Morillo -Venezuela's Dan Gertler- is the CEO of Helsinge and is the main architect behind a massively corrupt scheme that sold real time access to PDVSA's tenders servers to Vitol, Glencore, Trafigura and others. Morillo guaranteed access to such critical information through bribe payments to high PDVSA officials. This lasted more than a decade (2004-2017). It is, therefore, kind of hard to take his allegations about other people's corruption seriously, however this does not change the fact that Morillo is THE key witness to Vitol / Glencore / Trafigura completely corrupt deals with PDVSA.

Vitol was recently in the news for a deferred prosecution agreement with DoJ. The best description of Vitol's executives practices is perhaps that from Bloomberg: "An MBA in Corruption’: How Top Oil Trader Paid Bribes for Years" Bloomberg's Andy Hoffman and Jack Farchy describe in exact detail how the scheme worked:

"The company paid more than $8 million in bribes to Petrobras executives between 2005 and 2014, according to the DOJ documents. In exchange, officials from the Brazilian oil company gave the trading house valuable information about its tenders, including the price of the highest bid from competitors.

That meant Vitol could bid for Petrobras’s oil products at exactly the price that it knew would win. Within the trading house, this was referred to as the “gold number,” according to the DOJ documents. In internal emails between the Vitol traders, information from the Petrobras officials was marked “PRIVATE AND CONFIDENTIAL_PLEASE”, according to a separate order from the Commodity Futures Trading Commission." [bold added]

Morillo's company Helsinge was the source of PDVSA's "gold number". Helsinge furnished not only Vitol, but Glencore, Trafigura, Lukoil and others with "exactly the price" that would win. For over a decade, Helsinge's clients won bid after bid, over $40 billion worth in fact, thanks to Morillo's bribe payments scheme that kept PDVSA officials wilfully ignoring real-time access to PDVSA commercial tenders' servers.

It remains an absolute mystery to us, considering the very public nature of DoJ's probes into Vitol, Glencore, and Trafigura, and the amount of "business" generated for Swiss trading houses by Morillo's set up over the years, how he has not been charged. An exact replica of the scheme described above by Bloomberg took place in PDVSA. Vitol's executives did the exact same thing in Venezuela, only the amounts were different (much larger). Yet, neither Morillo, nor his partners Leonardo Baquero and Daniel Lutz, nor their Helsinge shell, is under criminal investigation by DoJ.

Going back to Morillo's emails to this site, his intentions were transparent since first interaction. Helsinge got sued by PDVSA -civil case in Miami by PDVSA US Litigation Trust, criminal case in Geneva by Guerric Canonica (Ruperti's lawyer). Given this site's reporting on the absolute corrupt nature of both lawsuits, Morillo must have seen this site as an ally at first. That, however, didn’t last much beyond our exposing Morillo / Helsinge as utterly corrupt too.

Pressed, for instance, on whether Helsinge had employed the son of Henry Ramos Allup, Morillo kept stalling, giving incoherent answers. When we finally broke the news, Morillo's verbose emails in pidgin English suddenly stopped. The straw that broke the camel's back may have well been this site exposing Morillo's professional relationship with Juan Guaido's (now) disgraced prosecutor Jose Ignacio Hernandez.

The exchanges, nonetheless, suggest Morillo has perhaps an unrivalled knowledge of large scale corruption in Venezuela and at PDVSA, having kept its officials sweet between 2004-2017.

Knowing his animosity towards Ruperti, Morillo was asked repeatedly about evidence of bribes paid to Rafael Ramirez. This site already had information related to a $62.4 million bribe paid into a bearer-shares Panamanian company, called Intercontinental View Inc., through an account at Lugano’s Banca Zarattini. Eventually, Morillo admitted to "First hand knowledge is because I saw and heard the information directly from parties involved." (sic) On the face of it, Morillo claims to know how the kickback -organised by Jesus Enrique Luongo, a cousin of Ramirez- was paid. His archenemy Ruperti doubled down, in context of another lawsuit, claiming Ramirez had tried to extort him.

Morillo also claims knowledge of a mega deal that Trafigura was trying to set up with Trenaco, the little Colombian shell controlled by Alex Saab (represented by proxy Jean Paul Rivas). Another crucial aspect of Morillo's rather significant deals with Swiss trading houses over the years is, of course, banking. Patrick Feuz, of Julius Baer fame, was (is?) for many years Morillo's personal banker.

Our sources tell us that Morillo and partner Leonardo Baquero both live large in Mexico. In light of the above, we fail to understand how come Morillo hasn't been picked up already.

As a side note, right after posting previous article on Vitol's connections to Morillo, this site suffered a crippling DDoS attack. Morillo, who thinks he's clued enough to leave no digital footprints, might be the culprit. 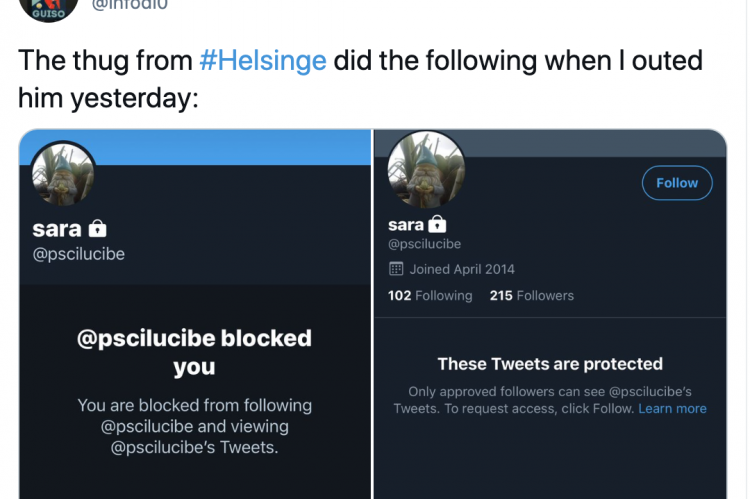